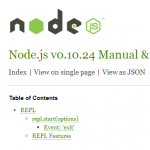 Having a server-side actually has many advantages. Publishing app updates on app stores can be tiresome, takes time, and all of your users have to actually do the update in order for any changes to take effect for them. Things get even worse if you have four different mobile platforms to publish. However, having a lot of app logic on server means you can fix, tweak and adjust plenty without users, or stores even noticing it. Beside terrain fixing as shown in last post, I was also able to implement dynamic tavern news headlines – a feature only wished upon yesterday. So it’s a nice way of announcing game play relevant changes. Ship physics like turning on slow speed, bounce speeds and damages were also adjusted. Town hit checks were also improved on the fly. Most remarkably, upon requests and complaints of many (my friends and family included), I was able to implement buy-all/sell-all functionality on multiple fast button presses! To think I can change UI experience from server side code without end user client restart (let alone app update!) is just awesome. Furthermore, it is done without end-user disconnection, that is, without server script restart, which is even more fancy. Using Node.JS with REPL module implemented gives you power to change anything in running code, from values of variables to functions code itself! But enough about development, let’s take a on a quest and sail away!